KINKS AT THE BBC 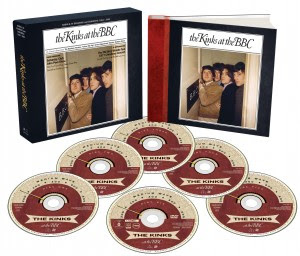 August 13th is a date that fans of The Kinks should be truly excited about as it marks the release of Kinks at the BBC. This will hit the market in two formats: Five disc plus DVD box set and a stripped down, two CD package.

The Kinks were a top class British Invasion act who had a huge impact on both their contemporaries and subsequent generations of groups. At their peak, they were overshadowed by the giants of the era. The BBC sets will remind listeners of why they were so important.

More info, including track list can be found here
Posted by Sean Coleman at 9:45 PM