THE BYRDS: THE NOTORIOUS BYRD BROTHERS 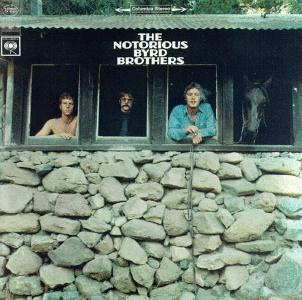 Meticulously crafted and sporting an inside-joke cover photo, this under appreciated disc represented the last vestiges of the original Byrds sound. Fighting, firing, and quitting marred the sessions, though no hint of that toxicity crept into the final product. The group was reduced to just two original members upon its release in early 1968. David Crosby, fired from the band during the recording process, turned into a horse. Years later, he still called BS on the story that this wasn't planned. Judge for yourself, take a moment and read all about it

Sgt Pepper cast a long shadow over the music industry in 1967. In its wake, record companies began to throw money at bands to create their own "psychedelic masterpieces". As it goes with most trends, much of the resulting product was unlistenable and dated quickly.

The Byrds neatly avoided such traps.

I worked with a guy out in L.A. who loved to imitate everything The Beatles were doing — Gary Usher. He loved to copy them. 'Here, listen to this record, Roy,' and it would be some phasing thing; no big deal.

Usher helped to weave together very diverse styles of music, staying away from tedious explorations of the outer limits (with the exception of the closing track) At barely 29 minutes, it's tightly edited without bands of silence between cuts (another nod to Pepper). 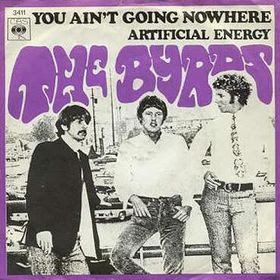 Pyramids on the moon, tribal hippie gatherings, 1920's cowboy film directors, and smiling dolphins all make appearances on this patchwork quilt. "Artificial Energy" explores the wonders of speed, with compressed horns that resemble the brass parts from "The Prisoner" theme. Gated snare sounds appear as if flown directly from Abbey Road studios.

Sitting comfortably next to McGuinn's chiming 12 string and those trademark harmonies is the Moog synthesizer. A new toy at this point, it was deployed with great taste. What sounded futuristic then is a bit amusing now. Used sparingly, it did provide an esoteric feel, without overpowering everything else (as in "Natural Harmony").

A single, insistent cymbal introduces "Draft Morning", which is a model of lyrical economy:

"Sun warm on my face, I hear you
Down below movin' slow and it's morning.
Take my time this morning, no hurry
To learn to kill and take the will
From unknown faces
Today was the day for action
Leave my bed to kill instead
Why should it happen?"

Shifting from languid to intense, it is a startling aural commentary on the Vietnam war. The listener is left to draw their own conclusions. 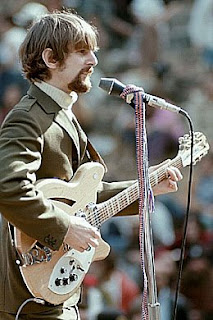 Wild stylistic shifts are the rule here, some occurring within the boundries of a single song. The full stop to feature heavily phased strings in the otherwise country-fried "Old John Robertson" is an extreme example . Jazzy themes ("Gathering of Tribes"), woozy country waltz time ("Get To You") chamber pop ("Goin' Back" ) and synth drenched chant ("Space Odyssey") shouldn't work well together, but here they do. "Gathering of Tribes" flirts a bit too closely with Dave Brubeck, though the vocal harmonies are a highlight, as they are throughout the LP.

Gene Clark even returned to the band. It was only for three weeks, but he managed to make a TV appearance with the others before he was gone again. Their cover of "Goin' Back" should have been a massive hit, though it managed to escape the attention of record buyers and radio programmers. They should have listened more charitably as it is arranged and performed beautifully.

A matter of personal taste, though "Triad" should have taken the place of "Dolphin's Smile".

Future Byrd Clarence White shows up to add stellar breaks on his modified Telecaster, pointing to the style of their next album, which would be a full plunge into country with Sweetheart of the Rodeo. Easily one of the best of their offerings in the sixties. 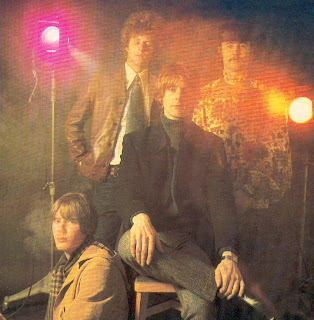