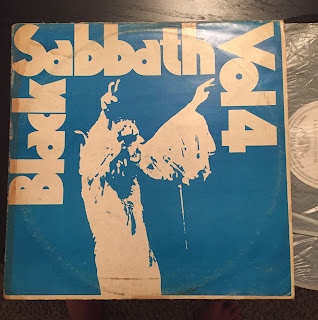 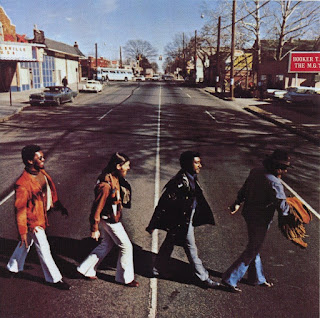 Known for being deep in the pocket of universal groove, Booker T and the MGs were the legendary Stax house ensemble that powered countless hit records. They were not faceless session players, touring and releasing their own material ("Green Onions", "Time Is Tight") to great acclaim.

McLenmore Avenue is ideal for those who know the Abbey Road LP back to front and have wondered how it would sound in the very capable hands of this soulful quartet. Their interpretation is a model of taste. Jones and crew opted to rearrange the running order of some of tracks, weaving them into medleys that leave plenty of room for everyone to stretch out and display their chops. "I Want You (She's So heavy)" is a definite highlight of the pack, though their clever arrangements compel the listener to remain seated for the entire journey. It's that good.

How did I stumble across this gem?

In the early 80s, CBC Radio used the version of "Carry That Weight" found here to fill spaces before hourly news breaks. Researching the matter, I discovered who was responsible for this curious cover and eventually tracked down a copy of the disc.

The Beatles themselves contemplated going to Memphis to record in the mid-sixties, with Steve Cropper slated to produce, though the deal fell through due to the asking price for studio time. You can hear the by product of the Fabs fixation with the MGs in the "Rubber Soul" era outtake, "12 Bar Original", which basically rehashes "Green Onions" and wisely remained on the shelf until it was dusted off for the Anthology project.

Born out of a mutual admiration society, this is a classic that fans of both bands will appreciate.

Posted by Sean Coleman at 12:58 AM No comments: Links to this post