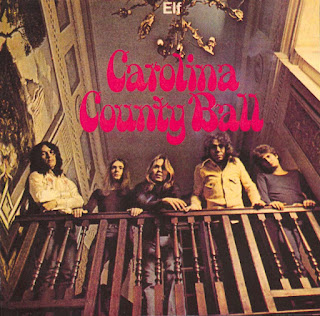 For those who are only familiar with the work of the late Ronald Padavona through his time fronting Rainbow, Sabbath and his own group (Dio), this disc will definitely make for interesting listening.

Wait, does he sing differently??

No, his peerless vocals are powerful and instantly recognizable as Dio.

This multi-talented individual had been in a number of aggregations since the late fifties. By 1967, psychedelia was in vogue, so Ronnie and the Prophets morphed into The Electric Elves, which was shortened to The Elves the following year. A few singles were released, quickly finding their way to obscurity. By the early 70's the band simply became Elf. 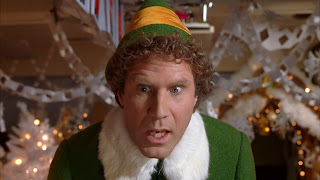 During this entire period, RJD sang lead and played bass. Functionally, he could not chuck up the irons to his audience while singing AND holding down the rhythm section. 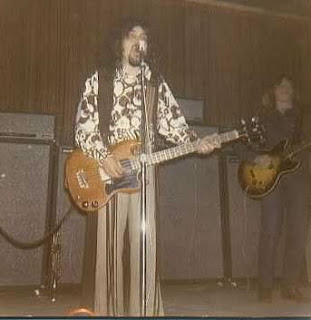 He would remain in this dual role through the recording of their eponymously titled first album, which made nary a ripple in the waters of the music business upon its release in 1972. Roger Glover acted as both their benefactor and producer. Unconcerned by the lack of impact, he kept the group on his label and gave them a shot at doing a second, full length project. Unleashed in the spring of 1974, the sophomore record was under-appreciated upon arrival, quickly disappearing into the ether of forgotten music.

Certainly, though the music and lyrical subject matter are the components that will come as a surprise to the uninitiated.

You won't find any of the above on Carolina County Ball.

Not even a tiny bit of evil?

Musically, there are trace elements of Deep Purple circa Who Do We Think We Are? More "Woman From Tokyo" than "Rat Bat Blue", though. On offer is southern tinged, blues rock, jazz, funk and boogie-woogie that occasionally detours into the New Orleans style R&B territory of Allen Toussaint (think in terms of his horn arrangements for The Band that colored Cahoots and Rock of Ages). It is quite a diverse range of approaches that coalesce nicely in the hands of very capable musicians. Craig Gruber came on board to relieve Ronnie of his four string duties along with a new guitar player, Steve Edwards.

Mickey Lee Soule tickles the ivories in all the right places, especially on the title track, "Rocking Chair Rock'n'Roll Blues" and "Rainbow". His performances on keys are sublime throughout and he shines just as brightly as the diminutive front man. Everyone involved worked hard to make this an incredibly rewarding listen.

"Annie New Orleans" is catchy enough to put a healthy person in hospital for a week.

Despite best efforts, the set didn't gain any traction in the marketplace or the public imagination. Why?

There is no quick answer to this. The material was accessable, production values were high and the band was undeniably tight. Dio's prodigious gifts as a singer should have been a key weapon in putting the entire package across to a wide audience. Perhaps it all came down to timing. As commercial failure had to be disappointing for all involved, notice was taken by their peers. The next year would be one of great transition as Ritchie Blackmore drafted RJD to be the voice of Rainbow. It is important to note that Dio dropped mundane subjects cold at this point, expressing himself in a more escoteric fashion. Fantasy and the exploration of other realms would remain a signature of his work through to the end of his career as a performer. Agents of fortune appear at pivotal moments, barring the next step until you are ready to present your true self to the world.

In 1994, the second and third Elf records were combined on CD and issued under the title Ronnie James Dio: The Elf Albums. Worth checking out even for a casual fan as the music is diverse and holds up incredibly well.

Posted by Sean Coleman at 11:52 PM No comments: