WHAT IS AND WHAT SHOULD NEVER BE

For some time now, there has been a lot of speculation as to what the remaining three-fourths of Led Zeppelin plan to do in 2009. Following a successful reunion show in London last December, rumors of a new studio project and a world tour were in the air.

Fans then collectively tilted their heads to one side and in a louder, higher pitch said, “REALLY?!?”

Plant turned, stamped his foot in their direction, waved his cane and yelled, “GET!!!”

The fans ran away, whimpering.

Plant went back in to the house and settled into his Lazy Boy to watch Wheel of Fortune. “Goddamn kids”, he muttered.

Meanwhile, in a secret laboratory somewhere in the neighborhood of the Large Hadron Collider, Jimmy Page , John Paul Jones and Jason Bonham were rehearsing and writing songs.

This week John Paul Jones, pictured below, made a statement to the press. 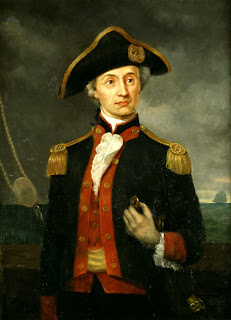 He said that, "Robert Plant wanted no part of their experiments and that they would indeed tour the world- with another singer.” He then straightened his tricorn and stomped off.

So why is Bob Plant bailing?

How do I know? If we’ve learned anything from the original Star Trek series, it is this: No goatee = not evil. Goatee = evil. 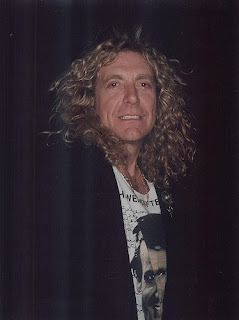 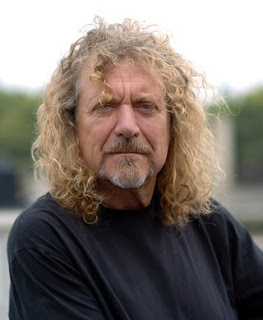 Do you see? Look at those crinkled, evil eyes.

If true fans want to see Plant on tour with a reunited Zeppelin next year, there is only one solution: Get the real Robert Plant back.

Someone has to manually operate the transporter system as it cannot be pre-set. Since James Doohan is dead, we could get Jimmy Page to do it. If you can fuck around with a theremin for half an hour and put a bunch of hippies in a trance, then a transporter should be child’s play.

We then have to convince William Shatner to confront Evil Plant to knock both him and George Takei unconscious. Then Evil Plant would do a mind meld with John Paul Jones and discover what most of us already knew: He was wearing a wig on the '75 tour.

Details are fuzzy after this, though I think Evil Plant gets some bad weed and is teleported back to Nashville.

Good Plant, back from nowhere, then tells everyone (in the whimsical epilogue after commercial) that the ruthless attitude of Evil Plant was, "quite refreshing and the very flower of humanity. (screeching) And it always grows!!! PUSH! PUSH!! OooooooooooooooooooooooH!!!!”
Posted by Sean Coleman at 1:41 AM No comments: Links to this post