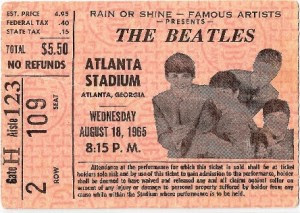 Just a few days into their second US tour, The Beatles rolled into Atlanta to play to 34,000 people. Opening the trip with their famous Shea Stadium performance to an estimated 56,000 screamers, not a note could be heard over the din.

Atlanta Stadium would be different because of one key factor: Baker Audio, and its Georgia Tech-educated boss, F.B. “Duke” Mewborn. Mewborn handled sound for the show, and his set-up included something that every band utilizes today but was unheard of in the mid sixties.

“There were no monitors anywhere else on earth at that time,” said Red Wheeler, a legendary Atlanta rock and roll sound man, now living in Vidalia.

Aiming speakers back toward microphones just wasn't done because of the shrieking feedback loop that would ensue. Mewborn got around this by employing cardioid mics which had a restricted pattern that rejected ambient sound coming from the sides or below. For special events at the stadium Baker had included four Altec 1570 field-level amplifiers, each cranking out about 175 watts of vaccuum tube-powered juice, or about 500 watts in all. These he used to power two stacks of Altec A7 speakers, each with 15-inch woofers.

Never before had the group been able to properly hear what they were playing onstage. The show includes a couple of between-song remarks from both Paul and John concerning the sound. They were probably pleasantly surprised at having a frame of reference in terms of what was being projected out front. Despite this luxury, the age of modern sound technology in large venues was still a few years away. The degree of shoddiness with which the group had to cope with for these big gigs would never be tolerated today. It certainly influenced their decision to quit touring the following year.

The Atlanta show is a step down in fidelity from the Hollywood Bowl tapes but it is an interesting listen. As with all of their shows from this period, the crowd noise is on par with a 747.

Posted by Sean Coleman at 11:03 PM No comments: 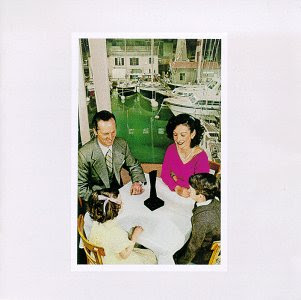 According to Greek mythology, Achilles was dipped in the river Styx to make him immortal. His mother held him by the heel, however, leaving it vulnerable. Paris would pierce that weak spot with a swift, deadly release of a poison arrow from his bow (guided by Apollo), mortally wounding him. In another version, he was killed by a knife to the back (or heel) by Paris. A great battle raged around the dead Achilles. Ajax held back the Trojans, while Odysseus carried the body away.

Claustrophobic, foreboding shifts between Em9th and F#m(add b6)slowly creep into the stereo image under a fog courtesy of Page, fading into proper sonic focus before the haze is pierced by Bonham's single, authoritative crack on the snare.

This is not a polite tap of the conductor's baton on the rostrum. It is an urgent call to attention. What follows is a brilliant, uneasy 10 minute journey that could very well be their finest moment on record. "Achilles Last Stand" is the centerpiece of a most under-appreciated disc.

Something is wrong, though.

Hitherto, Zeppelin long-players were extremely diverse in terms of style, mood and arrangement. Each member deeply understood dynamics and their telekinetic musical interplay was a key factor in how they successfully put across ideas to a wide audience. Keyboards, acoustic guitars and synths were always welcome. For every "Communication Breakdown" or "Heartbreaker" there was a soft landing pad to be found, with tracks like "That's the Way" or "Going to California".

Presence would do away with this. Prospective listeners applying the stylus to vinyl, encircled by a cloud of opaque smoke would find no soothing "Bron Y Aur" to counterbalance heavier motifs. John Paul Jones stretching out on keyboards? Nowhere to be found.

Without augmentation of any sort, the musicians conveyed the unspoken intensity of the delicate, difficult circumstances that clouded the sessions. Robert Plant and his wife were in a car crash while on holiday in Greece which shattered his leg and ankle. Instead of touring the US, Plant and Jimmy Page wrote the material for Presence, recording in Munich, Germany with Plant confined to a wheelchair.

Page outdid himself, overdubbing a dozen guitar tracks. Jones was a one man, low end orchestra on 8-string bass, while Bonham contributed a relentless foundation with fills that defied gravity.

"There were basically two sections to the song when we rehearsed it. I know John Paul Jones didn't think I could succeed in what I was attempting to do. He said I couldn't do a scale over a certain section, that it just wouldn't work. But it did. What I planned to try and get that epic quality into it so it wouldn't just sound like two sections repeated, was to give the piece a totally new identity by orchestrating the guitars, which is something I've been into for quite some time. I knew it had to be jolly good, because the number was so long it just couldn't afford to be half-baked. It was all down to me how to do this. I had a lot of it mapped out in my mind, anyway, but to make a long story short, I did all the overdubs in one night ... I thought as far as I can value tying up that kind of emotion as a package and trying to convey it through two speakers, it was fairly successful. To be honest with you, the other guys didn't know: 'Has he gone mad? Does he know what he's doing?' But at the end of it, the picture became clear. It was like a little vignette, every time something comes around."

Plant's clever references to the mythical Atlas were doubly interesting as the the Atlas mountains had loomed large in his recent travels and also could be perceived to hold the heavens in place. Relating his own injury to the plight of the mythical Achilles showed that his sense of humor was still intact. The overall effect of this piece of music is stunning. Setting the bar quite high as an opener, the remaining cuts are somewhat overshadowed.

One thing that sets Presence apart from the rest of the Zep's output is that its contents have not saturated the playlists of classic rock radio, which is a definite plus.

For the uninitiated, there is certainly nothing bad etched into these grooves. Elements of past LP formulas are present in that you have a slow, minor key blues ("Tea For One") a muscular, rock arrangement of 1920s blues("Nobody's Fault But Mine") and an epic (the aforementioned "Achilles Last Stand"). Sprinkled in between, there is a detour into quasi-funk syncopation ("Royal Orleans") and Page's fixation with the music that so inspired him as a teen in the "Sun"-drenched "Candy Store Rock". Plant musters his best Elvis vocal mannerisms, though despite his "all-rights" there is a certain vibe in the music that contradicts this.

Then there's the matter of The Object... 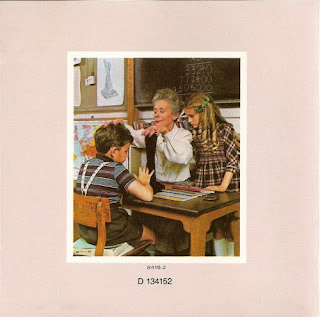 Whether you're having a family dinner at the yacht club or simply trying to communicate telepathically with one of your kids, this decorative piece is sure to compliment all occasions.

Lots to dig here if you are a guitarist. Whammy dive bombing on "For Your Life", the "Tea For One" solo and the tasty breaks in "Hots on For Nowhere" all shine brightly. Cynicism creeps into the lyrics in spots, which certainly hadn't been a factor before. There is a slight feeling of having been there and done that groupie. Do what thou wilt transitions into the law of diminishing returns without warning and the sun comes up, yet again, on an all too familiar scene.

Speed is the operative word in the case of Presence. Takes were captured quickly and left alone. Recording and mixing purportedly took a mere three weeks. It is an interesting snapshot, hastily glued into the Led Zep scrapbook. One worth taking in, nonetheless.

Posted by Sean Coleman at 9:04 PM No comments: 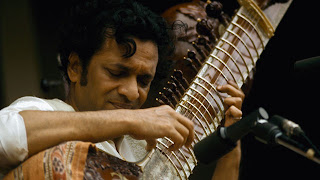 Another great musician moves on to the next incarnation.

Sitar virtuoso Pandit Ravi Shankar was the Eddie Van Halen of his genre and his hands moved at blinding speed over the instrument. He was a product of the Maihar gharana (school) of Northern Indian classical music which was founded principally by the sarod maestro Ustad Allaudin Khan in the Madhya Pradesh state of India. A sitar can have 21, 22, or 23 strings, among them six or seven played strings which run over the frets. Ravi used the Kharaj-pancham sitar (which has seven played strings). 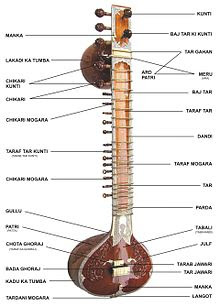 Through his association with George Harrison, he became world famous in the mid sixties. His was not a shallow pursuit of the limelight by any means. While he was prodigiously talented, musical expression was tied to deep spiritual beliefs.

This was his life.

Practicing for hours each day, it would have been unthinkable for him or his fellow students to go before an audience without having first put in the 10,000 hours required to be great.

Great is an understatement when it comes to his genius.

Shankar was one of a kind. Thanks to him, a large part of the western world has been turned on to the shimmering beauty of classical Indian music.

Here he is with Ali Akbar Khan, August 1971 at the Concert for Bangladesh, performing "Bangla Dhun". Again, it was at his urging that George Harrison took up the task of putting together a benefit to provide relief for refugees from East Pakistan (now Bangladesh), following the 1970 Bhola cyclone and the civil war-related Bangladesh atrocities.

Posted by Sean Coleman at 7:59 PM No comments: 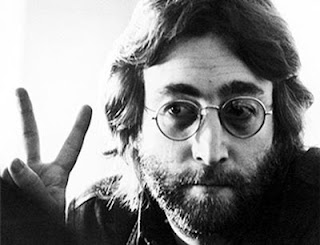 32 years have passed since John Lennon left the planet for parts unknown. Like so many before and after who actively encouraged people to live peacefully, he would probably be frustrated by the continuing state of aggression that still clouds so many areas of the world. Perhaps he would look back and laugh at the wilder aspects of his public life, forgetting the rougher bits. Time may have also allowed him to mend fences with those he had fallen out with. Music? Good or bad, he would have made some more. The Anthology series would have also had a wild card in the pack to weigh in on all things Fab.

Per my own ritual at this time of the year, there will be a few adult beverages and some quality time spent with selections from his rich discography.