A LITTLE TOUCH OF SCHMILSSON IN THE NIGHT 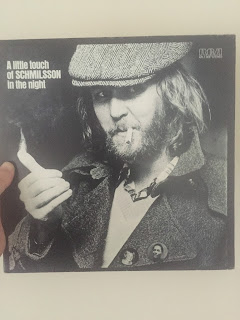 Years before rock singers began to churn out their renditions of "standards" came this gem. This disc has long been a personal favourite. Recorded with minimal separation between himself and the orchestra, it is impossible to find words that pay proper tribute to a voice that defied gravity in its prime. Harry Nilsson ignored the advice of those around him when he undertook this endeavour. He knew that his effortless vocal delivery had an expiry date due to his commitment to cosmopolitan raving. His three and a half octave range is preserved for eternity here in technicolor. Never again would Nilsson sound quite like this. 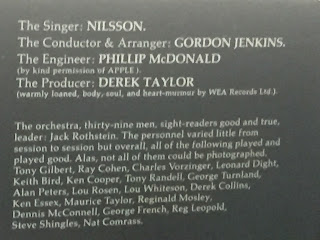 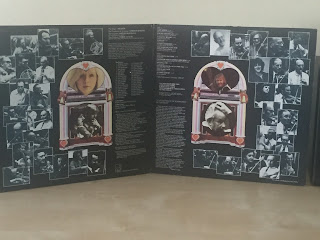 Posted by Sean Coleman at 12:24 AM No comments: Links to this post

WINGS AT THE SPEED OF SOUND TURNS 40 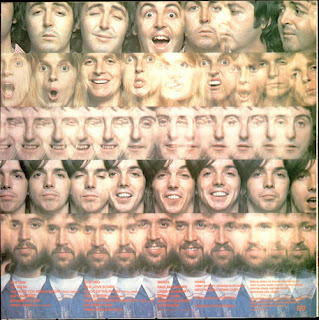 The Wings Over America tour in the summer of '76 was much more of a highlight than this uneven LP would prove to be, yet there are a few very strong melodies etched into the grooves here. Today it turns 40. Release the balloons!

"Let Em In" sees a parade of McCartney relatives, the Everly Brothers and even Martin Luther show up on the doorstep. Lyrically silly, the tune is quite strong. Do me a favour, open your brain and let it in.

"The Note You Never Wrote" is perfectly delivered by Denny Laine, though penned by Macca. It is the best cut found on here by a country mile. "Beware My Love" and "Time to Hide" receive honourable mention as they also are easily likeable once lodged in the brain. "Silly Love Songs" has a killer bass line, though suffers from a lack of editing. McCartney gives a nod to Gamble and Huff in the arrangement. Philly soul afficionados will concur.

While not necessarily awful, nothing to write home about. Jimmy McCulloch gets another tribute to stimulants on record ("Wino Junko").

If you find it on vinyl for a few bucks, it is worth the investment.

Posted by Sean Coleman at 10:26 PM No comments: Links to this post 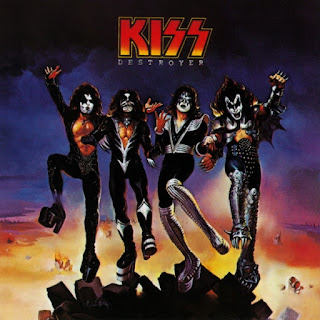 Beware the Ides of March, for it was on this date in 1976 that KISS, grease-painted purveyors of loud rock'n'roll and anonymity, released their fourth studio disc to very receptive record buyers. Breaking through to a wider audience in the previous year with Alive!, the band was now poised to become even bigger. This required producing an album that was the sonic equivalent of the grandiose spectacle which they consistently brought to the stage.

Known at the time for his work with Alice Cooper, Ezrin is a world class producer who also brought skills as a writer, arranger and musician to the table. He has a writing credit on all but two of the tracks on Destroyer, pushed all group members to the limit during the sessions and helped to shape a tightly edited program of songs. In addition to the usual two guitar, bass and drum attack, orchestration, a full choir and sound effects now took their place in the mix. Opening with mundane clatter around the breakfast table, morning news patter in the background and the subsequent shift of the action to the car (with their own "Rock and Roll All Night" providing the radio soundtrack) a lone guitar hammers the now iconic two notes of "Detroit Rock City". With a shotgun snare roll, we're off to the races.

Unfortunately, there's a truck ahead, lights staring at my eyes...

One of their most exciting slabs of rock, with twin lead, unforgettable guitar figure and Paul Stanley executing his most over the top (yet controlled) vocal, they now had a killer opener for their set. It remains part of their act to this day. Ending with a horrific accident, the screeching tires and twisted wreckage give way to the wailing sustained note that announces "King of the Night Time World". Ratcheting up the energy, this one showcases Peter Criss, who hits just about every thing in sight as he pushes the tempo. "God of Thunder" completes the trifecta of flame-thrower riffs, adding another live staple to the KISS experience. Gene Simmons plays up the demon persona to the hilt, though side one blows a tire with the closer. Combining egocentric lyrics, an orchestra and outright melodic theft (from Beethoven), the composition aspires to be something more than it actually delivers.

In the contemporary world of classic rock radio format, flipping your vinyl copy of this platter to the underbelly reveals three selections ("Shout It Out Loud", "Do You Love Me" and "Beth") that still see regular airing outside of their era, one of which created an unlikely pop hit single. From the moment Peter Criss crushed out a Pall Mall to step up to the mic and complete his vocal take on "Beth", the concept of KISS changed. Could you imagine John Bonham pushing Robert Plant aside in the middle of a Led Zeppelin gig to sing "Feelings"?

At any rate, this ballad helped carve a path that led from being "the hottest band in the land" to "the hottest band in the world". The anthemic punch of "Shout It Out Loud" and the closer, "Do You Love Me" keep electricity present in the project preventing it from sliding into easy listening territory. KISS would never record anything like Destroyer again, stripping back to basics for "Rock and Roll Over" and "Love Gun". Life would soon imitate art for the quartet as they expanded the ranks of the Kiss Army overseas, selling as many copies of this release as their first three combined. The group never claimed to be striving for high art, though they did benefit from the lessons learned in working with one of the masters in the studio. Definitely their most ambitious production.


Posted by Sean Coleman at 1:28 AM No comments: Links to this post

Take a few moments out of your day to appreciate this gifted musician in full flight. Words do not apply nor are they necessary.

Posted by Sean Coleman at 10:50 PM No comments: Links to this post 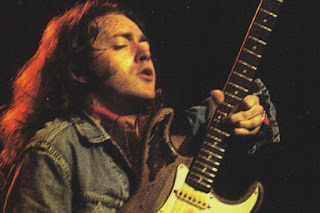 Today would have been Rory Gallagher's 68th birthday. To mark the occasion, here is a review from 2011 of Notes from San Francisco
Posted by Sean Coleman at 9:26 PM No comments: Links to this post 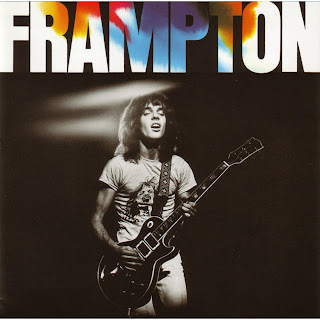 With so much fanfare around the 40th anniversary of Frampton Comes Alive, it is easy for the casual listener to overlook the artistic path that led up to that incredibly successful double set. Peter Frampton is a gifted musician, solid singer and writer, though it took some time for a wider audience to catch up and fully appreciate these attributes. Released in 1975, Frampton (the album) combined great melodies with some very tasteful playing, moving all of the final pieces into place before his career was launched into the stratosphere.

I can't believe this is happening to me...

Plying his trade from a tender age (playing in his first band at age 12), he went from leader of The Herd (which had chart success in England) to joining up with Steve Marriott as a founding member of Humble Pie in 1969, all while still in his teens. Four albums into this project, he left that band to go solo in 1971. Frampton carried on to craft three under appreciated LPs (Wind of Change, Frampton's Camel,Somethin's Happening) building a following by touring extensively to get his message out to the masses. His diligence would start to pay commercial dividends with the creation of his fourth disc.
Joined by the rhythm section of Andy Brown and John Siomos, Frampton wore virtually every hat, composing all of the material while handling lead vocals, lead/rhythm guitar, acoustic guitar, piano, organ, talk box and kitchen sink. Most impressive is the fact that he wrote this stellar set in its entirety over a three week period.

I'm yawning, I've been up too long

Appropriately, a chorus of birdsong precedes the drum pickup that kicks off "Day's Dawning", with verses anchored by tastefully arranged piano and a bridge that really adds value to the overall tune. The avian choir remains just under the surface in the mix, returning at the end with a single volley from a rooster which is quickly shouted down by a non morning person. There is great confidence on display here, which pours from the grooves on "Show Me the Way". How was this not a massive hit upon first airing? Worth your time for the intro alone, the walk from D through Dmaj7th, Bm, Bb6 and C9 is then topped with that signature riff by way of the talk box. The chorus is quite impossible to dislodge from the brain, which is helped along by great harmonies. Definitely one of the highlights, though he runs up another near-single with the atmospheric "One More Time". Featuring an absolutely jaw dropping detour into a delicate solo that passes in an instant, the masterful blend of acoustic and electric guitar is to be commended. This goes for all tracks, as Frampton feels no need to assault the listener with a one-dimensional heavy guitar attack. When he does let loose a little on cuts like "Nowhwere's Too Far (for my Baby)", the six string fireworks are nicely bevelled with melody. This one actually calls to mind Big Star in feel, with his incredible guitar tone icing the sonic cake.

Arguably, there is no better showcase of his versatility than what you will encounter on this LP. The songs are tightly edited, production values are high and George Marino's final mix plays to the strengths of the artist. As it is with the best of work, side two gains momentum as it progresses, with the ubiquitous rock ballad, "Baby I Love Your Way"(the live version of which remains a radio staple to this day) giving way to the uptempo "Apple of Your Eye", pausing momentarily for a brief acoustic interlude ("Penny for Your Thoughts") that sets up the finale, "(I'll Give You) Money" which is my personal favourite of the set along with the aforementioned "One More Time". "Frampton" went gold, making a respectable showing in the charts at the time, though it has transcended the sounds of the decade in which it first appeared. The next part of the story is well documented, however, for those who are not acquainted with this record, it comes highly recommended as required listening.

Frampton is currently touring, presenting his songs in a stripped-down, acoustic format. Catch up here with the artist and his upcoming tour dates.

Posted by Sean Coleman at 1:01 AM No comments: Links to this post