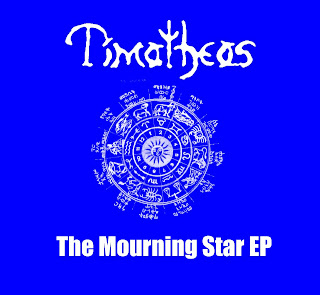 Timotheos has just released a new EP of ambient music that he is generously offering as a free download. Let the carefully layered sound textures lead you along previously uncharted introspective paths.

It is waiting for you on his Facebook page

In the meantime, a small sample to enjoy.

Posted by Sean Coleman at 8:54 PM No comments:

Posted by Sean Coleman at 9:58 PM No comments: 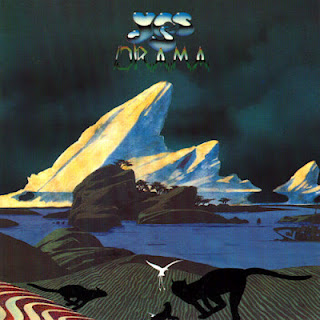 Given the set of circumstances that surrounded the recording of the tenth Yes album, its title could scarcely be more appropriate.

Following a brief hiatus from recording they returned and managed to produce two discs in the late seventies (Going For the One and Tormato) with the same lineup. Wrapping up a world tour in 1979, it seemed reasonable that Anderson, Wakeman, Howe, Squire and White would regroup to work on new material to usher in the new decade.

Attempts were made to do so, though creative sparks did not fly.

Yes without the signature vocals of Jon Anderson seemed unthinkable. Over a twelve year period players had been fired, replaced, had quit, rejoined...but the singer?

Trevor Horn and Geoff Downes of The Buggles were unabashed admirers of the prog rock legends. Replacing the departed, the unenviable task of filling Anderson's shoes fell to Horn. To hardcore followers this was sacrosanct. Opinions were naturally divided when Drama was originally released in 1980, though it was given a much warmer reception in the UK than in America.

Trevor Horn probably still drops to the ground in a fetal ball when thinking about the tour in support of the LP.

Nevertheless, the passage of time reveals this to be quite a good record. Squire wrapped his harmonies around those of the new recruit (abetted by Howe) giving the illusion that Jon had indeed contributed to the sessions. Close inspection reveals otherwise, though the revamped quintet catches fire, tracking with a harder edged approach. Everyone acquits themselves admirably, obviously inspired by the adoption of fresh ideas.

Six tunes were spread over two sides of the original vinyl version. Highlights are "Tempis Fugit", "Into the Lens" and the sprawling "Machine Messiah". The remaining tracks are certainly inoffensive, though not spectacular. You can hear the sonic metamorphosis taking place that would result in the first Asia project and the formation of "Yes-West". These developments would see many long time listeners turn away in disgust, while younger devotees came on board in their place. This was still a couple of years away, though.

White and Squire lock in furiously, the latter soloing with abandon in the middle of "Machine Messiah". Downes utilized the most contemporary synth voicings in very imaginative ways, without sacrificing technique. His nimble fingers effortlessly match the scale burning of Howe and Squire. Howe's style and guitar tone are radically transformed as he leans heavily on a more metallic sound. While it isn't quite "metal", it is a far cry from the more delicate, jazzy runs that he had previously favored.

With so much going for it, the disc still languishes in the cut-out bin of forgotten music. When an established act deviates from the expected stylistic framework, there is usually mutiny amongst the faithful. To many, Anderson was simply irreplaceable and that sealed the fate of this incarnation of Yes. Revisiting Drama definitely has its share of rewards, as the playing and production are solid. Perhaps those who had hitherto ignored this one might now listen with a more mellow viewpoint (hey, it's been 32 years!) and discover its charms.

Posted by Sean Coleman at 11:34 PM No comments: 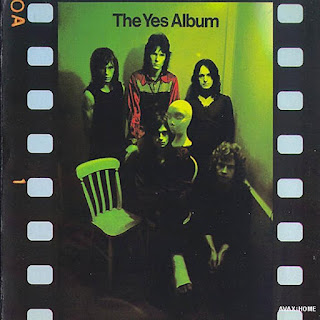 Imagine the shock that listeners must have experienced upon first getting acquainted with this record.

Stratospheric vocals arched over playing that was as muscular as it was dexterous. The future had arrived in the form of a progressive rock mothership, which deposited a musical payload that left a blast-crater five miles wide.

It's still smoldering some 40+ years after the event...

Although they have their share of detractors for various reasons (Anderson’s soaring tenor for some, the sheer length of the material for others) their strengths far outweigh any perceived faults. The Yes Album contains some of the most beautiful noise that they ever committed to tape.

One key change in the lineup sealed their fate. Guitarist Peter Banks made his exit (was elbowed out) following Time and a Word, replaced by Steve Howe. Radically altering their sound, greater commercial fortunes were now close at hand.

As time wore on, a revolving door would be necessary to facilitate the comings and goings of players.

Melody in song construction is a big key as to why this became their breakthrough. There is a virtual minefield of hooks embedded in every cut, with an underlying intelligence that draws in the listener rather than seeming calculating or exclusive. Opening with authority, "Yours Is No Disgrace" is a long form piece that takes you on an exhilarating ride. Anderson is tracked with bloodhound like precision by Chris Squire's harmonies. Squire further amazes by practically attacking his Rickenbacker bass with edgy, rollercoaster runs. For all of this, the lyrics do stretch the definition of inscrutability to extremes at times. Perhaps Anderson was more concerned with scansion that pleased him rather than the actual words themselves. He has suggested that this was written with an anti-war theme in mind.

I think that there was likely a pile of dope around to "help".

Bruford seals his place as a premier drummer, madly inventive but still tasteful. Tony Kaye anchors it all with extremely intuitive keyboard flourishes. I have to state that I much prefer the material here to what was conceived for the follow up (Fragile). There is greater consistency in that even a minor effort like "A Venture" is far more satisfying than similar fare from the next LP ("We Have Heaven")

How(e) about that new kid on guitar?

Bringing a heady mixture of classical, jazz and Chet Atkins into the fold, Howe perfectly compliments the group dynamic. "Starship Trooper" contains extraordinary passages. Those ethereal descending runs that color the "speak to me of summer" section, the dead stop which ushers in virtuoso acoustic fingerpicking and the hypnotic, phased "Wurm" outro all amount to a masterclass in just under 10 minutes. This man is perpetually overlooked when those frustrating "best guitarist" lists are drawn up, which is unbelievable considering his estimable talents.

"I've Seen All Good People" remains the most accessible slab of multi-part wonder in the set, earning a slot in classic rock play lists, where it is still heard regularly. Borrowing a phrase from John Lennon, the message of peace is sincere with a seductive melody and a riff that Jimmy Page could almost claim as his own in terms of style. They really should have closed out the disc with this one as it has much more visceral impact than the more sedate "Perpetual Change". No need to quibble, as both are more than worthy.

All of the most impressive qualities of this exceptional band are present on The Yes Album. Epic compositions are nicely beveled with enough stunning detours to give the listener variety, with the indulgences muted (for the most part). Both sides are broken up by breezy interludes that hold interest and clear the sonic palette before the next substantial course. Overall, a great place to begin your journey into their discography. Undeniably, one of the most stirringly creative, accomplished bands in the universe.

People are still struggling to catch up with them.

Posted by Sean Coleman at 10:44 PM No comments: 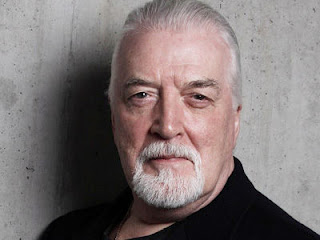 Jon Lord: classically trained pianist, composer and co-founder of Deep Purple has passed away today at age 71. His writing credits include some of Purple's best known songs, including "Smoke on the Water", "Black Night", "Strange Kind of Woman" and "Child in Time". Breathtaking assaults on the Hammond B3 became a signature, placing him squarely at the center of the prog-rock movement as it began to take shape in the late sixties. He pioneered rock and orchestral fusion with his Concerto for Group and Orchestra, first performed by Deep Purple with the Royal Philharmonic Orchestra at London’s Royal Albert Hall in 1969.

Sadly, our culture currently seems to be celebrating the anti-musician, with dancing idiots in headsets conveniently bypassing the 10,000 hours of practice traditionally deemed necessary before taking the stage. The performances captured below serve as a reminder of his great talent.

Lord was a gent, legend and a craftsman. Today the music world has lost one of the true masters. 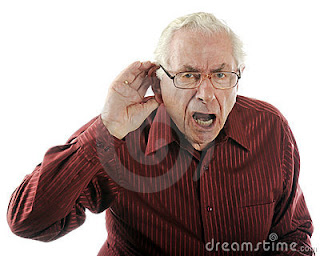 Mondegreen: the term for misheard song lyrics that give rise to new words or meanings.

Sylvia Wright coined it in an essay she had written for Harper’s in 1954, recounting a frequent mishearing of a lyric from a Scottish ballad called “The Bonny Earl O’Moray”

As a child, Wright heard the words as:

Ye highlands and ye lowlands
Oh where hae you been?
Thou hae slay the Earl of Murray
And Lady Mondegreen

Of course, Lady Mondegreen existed only in her mind, for the correct line reads, "slay the Earl of Murray and laid him on the green." To this day the "mondegreen" has been used to describe all misunderstandings of this type.

Here are a few classics:

“’Scuse me while I kiss this guy”

"There's a bathroom on the right"

Feel free to share your own interpretations in the comment section.
Posted by Sean Coleman at 10:33 AM No comments: