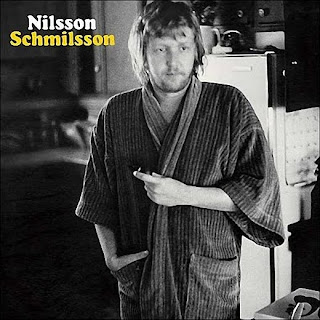 Before delving into the content of this truly fantastic disc, please take a moment to ponder the subversive sense of humor at work behind the cover photo.

Is the shoot today? Man, I had a heavy night. Just take the picture and I'll start the coffee...

The guy in the bathrobe certainly didn't phone it in when it came to delivering his seventh record. Harry Nilsson was a gifted singer/songwriter who came to prominence in the late sixties. Astonishing vocal chops perfectly complimented his natural touch with a tune, winning praise from both critics and peers. Nilsson also had a knack for taking other peoples songs and deftly rearranging them as if they were his own. (If you can find it, the 1970 LP Nilsson Sings Newman is worth every penny that you'll spend to drag it home.)

Revealing a quick wit, the lyrics are whimsical ("Gotta Get Up"), clever ("Driving Along") and esoteric ("The Moonbeam Song"). Embracing novelty, he also pulls off "Coconut", sung, straight-faced, by separate "characters" that are carefully voiced and overdubbed by Nilsson, who was also a deadly accurate mimic. Caribbean breezes blow gently through the track, adding a touch of the islands.

Curiously, he was not moved to take his act on the road. While avoiding proper touring schedules to promote his work, he did acquiesce to participating in filmed TV performances. The sheer melodic strength of "Gotta Get Up" is evidenced by his ability to sell the tune as a solo piano vehicle in this clip.

Conversational marker: "Without You" is a shining example of Nilsson's aforementioned talent for not simply covering material but breathing new life into it. Written by Pete Ham and Tom Evans of Badfinger, the song had built in pathos to begin with. Reportedly, he was not particularly enthused with taking up this composition. Despite initial misgivings, Harry delivered a stunning vocal, aided and abetted by very tasteful orchestration arranged by Paul Buckmaster. Wrenching untapped levels of emotion from this ballad, his reading is entirely convincing and never strays into schlocky territory. The original version is staid by comparison. You believe that this man is on the precipice when he effortlessly hits those high notes.

Small wonder that it was such a monumental hit when released as a single, earning him his second Grammy award.

Therein lies his genius, as this was but one facet of his musical personality. "Early In the Morning" is yet another side of the coin, with as soulful a vocal as a white male could achieve. Minimalist masterpiece best describes this rendition as Harry ends up owning another cover, accompanying himself on keyboards. The stark arrangement is completely carried by his voice. Easily the best place to start on your journey through his body of work, Nilsson Schmilsson showcases his strengths, nicely beveled under Perry's direction into a final product with nary a wasted note.

As a Beatle obsessed kid, I discovered his music through reading about the unanimous endorsement bestowed by the group upon his second release (Pandemonium Shadow Show). The infamous, hard-partying exploits with John Lennon in the mid-70s and their collaboration on Pussycats was another point of reference. His brilliance has been criminally overlooked, with lack of promotion undermining later efforts, such as Knnillsson. Since his untimely passing in 1994, his profile has remained low in terms of how his catalog has been marketed. 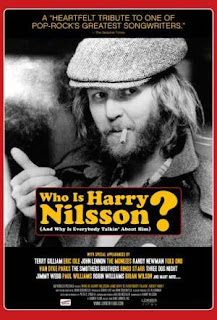 It's never too late to find out why people were wild about Harry. Here's the trailer for a 2006 documentary called "Who is Harry Nilsson? (And Why Is Everybody Talkin' About Him)". It was released on DVD in the fall of 2010 and comes highly recommended.

Posted by Sean Coleman at 12:06 AM No comments: 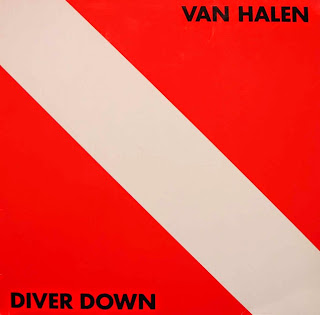 Today marks the 33rd anniversary of the release of Diver Down. Van Halen's fifth LP in a four year span was greeted with mixed reviews back in '82. Granted, no one was looking for a grand statement from the quartet nor was their fan base scouring the contents for hidden messages.

Though admittedly not a lyricist of consequence, David Lee Roth did liken the cover art to clever subterfuge on the part of his band. To wit, what is going on beneath the surface isn't readily apparent to the observer. Let's take this thought down a fathom or two further, gentle reader. Van Halen offered up entertainment on a grand scale. Roth played the hyper, over-caffenated ring master with a wink, always delivering on the promise of a party. This leering veneer masked a far more substantial thought process. The Van Halen brothers themselves were (and are) prodigiously gifted musicians who played up their swaggering, beer guzzling onstage personas. Michael Anthony rounded this out with his flawless harmonies, precision playing, though fans focused on his propensity for chugging Jack Daniels rather than his low-end fretwork. Eddie Van Halen had the touch of Paganini, wanted to widen the scope of what the group could do and wade into more serious compositional waters. Playing to type was expected, fun beckoned and Diver Down was recorded quickly with covers taking as much space on the record as original material.

Flash and substance meet in a duel and agree to disagree.

Once again they dig into the Kinks catalog for the opener ("Where Have All the Good Times Gone"), knock a Roy Orbison classic out of the park by virtue of their inspired, muscular playing ("(Oh) Pretty Woman") and "Big Bad Bill" best illustrates what I was alluding to in my scattershot opening thought (scroll back up a bit). The lads display a wealth of taste and chops, with zero pyrotechnics and a side of clarinet courtesy of Jan Van Halen.

With me so far?

"Hang 'Em High" and "Secrets" are my personal favourites, featuring all of the heavy and melodic elements that made these guys so compelling. Classic rock radio programmers have, mercifully, managed to avoid bashing these selections into the ground, which is another plus. If you aren't convinced of the genius that Eddie possesses, take "Cathedral" and the intro to "Little Guitars" into your brain. These brief, complex interludes have the effect of a quick, cool breeze on a sweltering day. Just a taste that leaves you wanting a bit more. Gathering around the campfire mic to dash off "Happy Trails" in four part harmony, they break down in fits of laughter and provide the perfect ending to an eclectic selection of tunes. The only track that could have been ditched is "Dancing in the Street" which is uncharacteristically turgid. Despite all efforts to inject some excitement, only Alex really shows up on this one.

Diver Down is an inspired charmer, very easy to digest and smartly brings back some silliness into the mix after the serious tones of Fair Warning. Overall, the set has aged well and really deserves much better than the poor notices that it has attracted. If they had spent more time on the project, there is a good chance that the spontaneity would have been sacrificed in favour of overthinking. Well deserving of another spin at 33 (and a third).

Posted by Sean Coleman at 9:07 PM No comments: