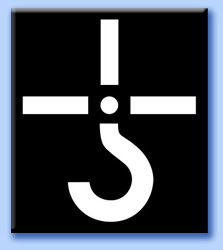 Blue Oyster Cult returned to sunny California to play two oceanside sets on the Santa Cruz Beach Boardwalk. This event was a milestone for my son, as it was his first concert. The weather was perfect, with a well behaved, engaged crowd ready to receive great sonic vibes from the pride of Long Island, New York. While the Bouchard brothers and Alan Lanier have long since departed, the current lineup supporting Don "Buck Dharma" Roeser and Eric Bloom are Jules Radino (drums, percussion), Richie Castellano (keyboard, rhythm guitar, backing vocals), and Kasim Sulton (bass, backing vocals). All of the new players are native New Yorkers and solidly complemented the main voices of BOC. We stayed for the first show only, which was stellar.

The focus was mainly on selections from their seventies releases, the lone exception being "Burnin' For You" which hit for them in 1981. I had hoped for "Black Blade" or "The Marshall Plan" that graced Cultosaurus Erectus, though they exhumed "ME 262" a deep track on Secret Treaties, which was an underground consolation prize. They nailed the acapella opening lines to "The Golden Age of Leather", the sound out front was pristine, with Eric Bloom giving a shout out to the assembled faithful and the "crazy motherfuckers" on the amusement park rides that loomed above. Highlights included the guys in the crowd that looked like they were on a date in 1979, the clever dude who waved a mini Godzilla at the band during "Godzilla" and the sea of cowbells that were produced by every second person on the sand a nano-second after Buck Dharma peeled off the opening riff of "(Don't Fear) the Reaper".

I would submit that you could never encounter a more cheerful reception to a song about our collective inevitablity than this...

Stretching out the visit from the tour guide to the other side with extended soloing from Roeser (who played brilliantly), they wound up with a big, stinky rock and roll finish and a promise of more excursions into the vaults during the second performance. As expected, the biggest response was reserved for this one, "Burnin' For You" and "Godzilla".

As the last note washed over the cheering throng, we gathered up our beach chairs and headed home. These guys are consummate professionals, still solid and well worth seeing if you are a fan. I was converted in the early 80s when I bought Cultosaurus Erectus on cassette. Last time that I caught them in the act was in November of 2001.

Their 2016 tour dates are all here

Set list (originating LPs are name checked for those who want to investigate further):

The Red & the Black-(Tyrany and Mutation)

Burnin' for You-(Fire of Unknown Origin)

Buck's Boogie-(On Your Feet or on Your Knees)

(Don't Fear) The Reaper-(Agents of Fortune)
Posted by Sean Coleman at 1:22 AM No comments: Links to this post

IT'S NUMBER ONE, IT'S TOP OF THE POPS 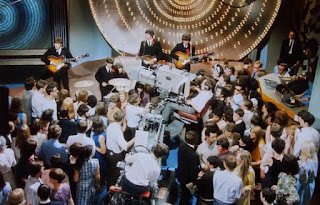 50 years ago today, The Beatles treated UK viewers by appearing on Top of the Pops to promote their latest single, "Paperback Writer" and the underrated flip side of that record, "Rain". Both songs were quite a sonic leap forward for the quartet, who had spent that spring at EMI working on the groundbreaking Revolver LP, which would hit record shops in August 1966 as they wrapped up their final tour.

Half a century on, quality is the main reason that people are still listening to these innovative recordings.

The BBC tape of the TOTP appearance has long vanished, though they sent a video clip to Ed Sullivan that aired on his weekly program at that time which you can watch here

Posted by Sean Coleman at 12:21 AM No comments: Links to this post