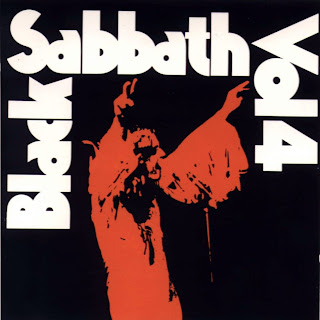 Released on September 25th, 1972, the fourth disc from this legendary band was met with mixed reviews, due in part to a slightly different sonic approach. Beginning with the mournful strains of the multi-part, very clever "Wheels of Confusion", the listener is treated to greater clarity in sound. Their last release (Master Of Reality) had an extremely "compressed" feel in the final mix, with drum heads taped, dampened and smothered. The whole record sounded as if it was recorded in a closet. Leaving the UK behind, the group opted to tape their new compositions at the Record Plant in sunny Los Angeles. The result was a much less claustrophobic listening experience, with individual instruments allowed to breathe, specifically the drums.

This is one monster of a record, but don't simply take it from me. Listen to this guy.

I'll bet that some PR genius thought that this radio spot was a TERRIFIC idea. All that's missing is Vincent Price, laughing until he gives himself serious internal injuries.

My degree in capitalization is really starting to pay off.

Tony Iommi comes up with an array of interesting guitar figures that Ozzy is now singing against, rather than along with. Cigar for some interesting lyrics, courtesy of Mr. T.G. Butler. Kurt Cobain was definitely listening to "Tomorrow's Dream" while he was dreaming up "Pennyroyal Tea". This cowbell driven romp sounds as if the guitars were dipped in maple syrup and piled on to form a sludgy, beautiful noise. Excellent, early-stage grunge from the masters. Frank Zappa once proclaimed "Supernaut" to be the "greatest rock track of all time." Whether he was kidding or not, the rotating riff is the key ingredient. The band was nose-deep in snow during this period, which doesn't completely excuse them from bringing "FX" or "Changes" into the world, though it definitely explains their inclusion here.

There is a strong case to be made that "Laguna Sunrise" nudged Jimmy Page into coming up with "The Rain Song". "Cornucopia" has Bill Ward expertly steering the others through a myriad of time signature shifts, as he does on the magnificent album closer, "Under the Sun" (which reportedly caused Ward some strife in trying to nail down his part). That riff in the third part of of this track sounds uncomfortably close to the one that Blackmore deployed in Deep Purple's "Flight of the Rat". One of the very few incidences of Iommi following, rather than leading. This massive slab of vinyl signalled the last gasp of the early Sabbath approach (which was to record very quickly) and pointed the way toward the change in sound that would shape their uniformly excellent next set, Sabbath Bloody Sabbath. Spontaneity began to vanish from the recording process, as it would take far longer for the quartet to produce new material. Two more "classic" LPs would appear after this one before a decline in momentum and overall quality set in.


Posted by Sean Coleman at 1:15 PM No comments: 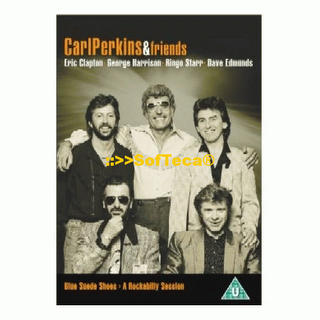 All the way from 1985, it's Carl Perkins and a host of excellent rockabilly cats, including Dave Edmonds, Eric Clapton and a guy who cut his teeth on Perkins' riffs and has never looked more relaxed in a live setting than you'll see him here.

Pays for itself after the 200th viewing.
Posted by Sean Coleman at 12:34 AM No comments: 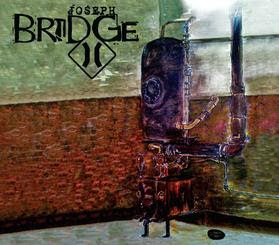 For those in need of some solid new music to add to their listening rotation, please direct your attention to this excellent new track from Joseph Bridge. "Brenda" has all of the elements that make for repeated spins: a great melodic hook, immaculate production, powerful playing and soul.

Check it out right here along with all of his stellar tunes.
Posted by Sean Coleman at 12:37 PM No comments: 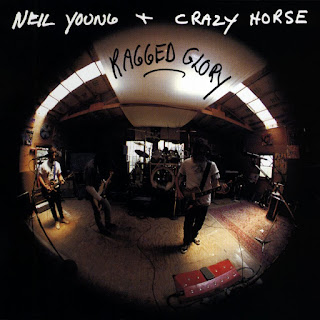 This past week marked a quarter century since Ragged Glory was made available to the masses for purchase. Neil Young and Crazy Horse formed a mutual admiration society back in the mists of the late sixties. Young found Billy Talbot, Ralph Molina and Danny Whitten when they were part of a six piece band called the Rockets. Short story shorter: they took up with Uncle Neil and the Rockets were no more. In the intervening years prior to this record, they would, sadly, lose Whitten to an overdose in 1972, bring on Frank Sampedro in 1975, make five albums with Neil and five on their own. Having weathered twenty years of an "on again/off again" relationship, the four men convened at Young's studio in April 1990 and laid down the basic tracks for this effort in a week.

One excruciatingly loud and productive week

David Briggs produced and did the final mix, though John Hanlon was the engineer/tape op for these sessions. Hanlon was given one solid piece of advice by Briggs: "Record everything and don't miss one fucking second." The beautiful noise that they made in Neil's barn was louder than God, with the bleed from all of the instruments creating feedback-drenched havoc. That anyone involved escaped with their hearing intact is miraculous. When the dust settled on tracking and vocal overdubs were complete, the quartet emerged with their finest set since Rust Never Sleeps.

Ragged Glory was a return to form for the best known garage band on the planet. Young came in with some very straightforward rock songs, which also benefitted from having hooks that rose above the grunge ("Country Home", "Fuckin' Up", "Over and Over" and "Mansion on the Hill" being the standouts). The main idea was to get together, play and sort out the finer points afterward. I think that the spontenaity of their jams is captured with minimal polishing in the final mix. Credit David Briggs with his austere (and correct) approach to getting things on tape in the most direct fashion. Similarly, Young liked to work fast, without recourse to doing 70 takes of everything. Ragged Glory sounds as fresh as it did in 1990 because it isn't contrived. Mistakes are left uncorrected amongst extended solos, great vocal harmonies and zero bullshit. Easily one of the best discs that they made together, it would serve to revive their commercial fortunes and give way to an equally successful tour. 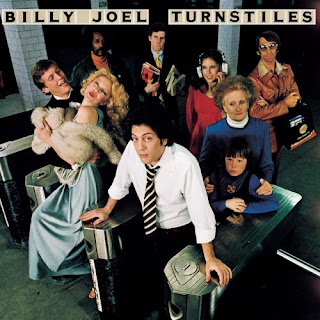 Prior to becoming a platinum selling artist, Billy Joel spent a few years getting his act together, releasing albums that were greeted with the proverbial sound of one hand clapping. "Turnstiles" was his fourth and best collection of songs to date. It met with the same fate as his previous efforts, though this is unfair because of its relative excellence. Despite the fact that it was overshadowed by his breakout LP (The Stranger) in 1977, this is a disc that is more than worthy of investigation. I first heard it through a friend, who taped it for me on one of these.

This quaint little artifact was once branded as the weapon that would single-handedly bring down the music business.

We all know how that one turned out...

Back in 1976, all of the elements were coming into place for Joel. The core lineup of his backing band for the next decade was now present and he wrote a stylistically diverse set of songs for which he oversaw production. Most recognizable from this set are "Say Goodbye to Hollywood", which he had recently done for real in moving back to New York from LA, and "New York State of Mind" that celebrates said return. Personally, my favourites on this record are "Miami 2017" where the storyboard paints a lurid picture of future apocalypse and "Prelude/Angry Young Man", featuring dazzling playing from all involved with a sampling of his bitter wit.

Anyone who tells you that Joel is merely a lightweight singer of ballads is extremely misguided.

You would think that with such a stellar set of material, commercial success would have been a certainty. Such was not the case, though there really isn't any measure of what will grab the attention of the masses. In addition to providing a mini-master class on the 88s, his sure touch with melody is married to extremely sharp, ambitious arrangements here. While the next few outings would make him a star, "Turnstiles" is one of those esoteric pieces that covers ground he wouldn't visit again until he tackled the edgy songs that comprised the ultimate Beatles wet dream on "The Nylon Curtain".

Now, if you do want ballads, here's one of the finest that he ever did.

Posted by Sean Coleman at 1:54 AM No comments: