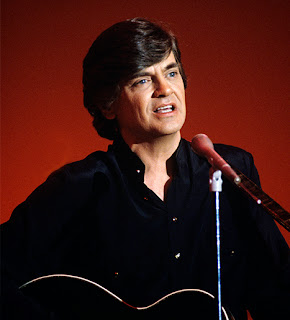 John and Paul, Paul and Art, Graham and Allan are just a few of the singers that were inspired out of their skulls by Phil and Don Everly. DNA cemented that beautiful pairing of voices, with Phil's harmonies walking a few feet off the ground, perfectly tracking his brother.

Countless hits, banned in Boston, twin Jumbo Gibsons, Two Yanks in England, decade long estrangement, Rock and Roll Hall of Fame honors...like so many others who have been captivated by their sound, I never tire of listening to the Everlys.

They crossed genres effortlessly, making some of the most influential music of the 20th century. Phil Everly retained that pure, golden voice right up to the end. His exit from this realm on January 3rd deprives the world of a true talent.

Posted by Sean Coleman at 10:45 PM No comments: