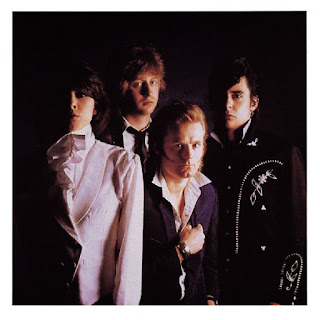 Second album syndrome has been the difference maker in the careers of many artists. Clichés fly like empties in a dive bar after midnight around this topic.

You have your whole life to write your first record, but...

Chrissie Hynde, aided and abetted by her band mates, rose to the challenge with a fantastic collection of tunes. One of the most underrated writers in rock, her work is inventive, melodic and very durable. Her distinctive voice is one factor that draws the listener in. Not a traditionally technically perfect instrument, though one that instantly branded the band. Once you are duly brought to attention, the material itself never wears out its welcome, which is the mark of a top class composer. The Pretenders practically outdid themselves by issuing a note perfect, eponymously titled debut set that veered from radio-friendly hits ("Brass in Pocket", "Kid") to straight up rock ("Precious", "Tattooed Love Boys") and touched on a variety of musical sweet spots, all deftly pulled together by the production of Chris Thomas. Critical comparison to its predecessor created a feeling that Pretenders II was a much lesser opus upon its release in late summer 1981.

Focused writing from Hynde, that beautiful sonic blend of shimmering guitars (courtesy of her and James Honeyman-Scott) and tasteful playing from everyone remain intact on this disc. Emphasis on the group dynamic is important because each member brought their own personalities into the instrumental mix. Chambers and Farndon steer expertly through the time signature shifts that give color to cuts like "Waste Not Want Not" and "Day After Day" while keeping their foundation work in service of the songs. "Message of Love" still resonates decades later, sounding fresh as if it could have been recorded last week. Hard hitting and delicate all at once, it occupies the same territory as the equally catchy "Talk of the Town". Remembering that they are an estimable rock ensemble, you also get edgy creations ("The Adultress", "Pack it Up") along with the relentless power that pushes "Bad Boys get Spanked" and "Jealous Dogs". Extra points are awarded for maintaining pristine production values (once again courtesy of Chris Thomas)and keeping the material tightly edited and accessible. The only selection that seems out of place is the closer ("Louie Louie") which adopts the arrangement of "The Midnight Hour" (bass and drums) and a horn section that overpowers just about everything else. Perhaps it was deployed intentionally to cover the lack of direction in an endeavor that would have made an OK B-side, but little else. That said, this is an action packed set that has aged extremely well. It is also the last full length effort completed by the original quartet. Sadly, interpersonal issues and drug abuse would lead to Pete Farndon being elbowed from the fold the following year. Honeyman-Scott would fall victim to a fatal overdose before the next project could be undertaken with Farndon suffering a similar fate in 1983. Hynde and Chambers would soldier on with replacements, though Pretenders II stands as a great document of what they were capable of at the peak of their powers.
Posted by Sean Coleman at 3:33 PM No comments: Links to this post