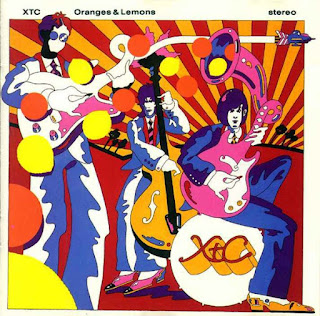 This is a call to anyone who is still interested in the nuances of song craft, melody and very intelligently assembled pop rock. XTC leader Andy Partridge had to rescue the source tapes for this gem and bake them in order to prepare this immaculate disc for reissue. No agenda here, just a reminder to look past the cool, Carnaby Street throwback cover (designed by Heinz Edelmann) to feast your ears on a fantastic album that still resonates 26 years on from its 1989 release.

Enjoy it here and buy the refurbished version when it is available...

Posted by Sean Coleman at 11:08 PM No comments: Links to this post 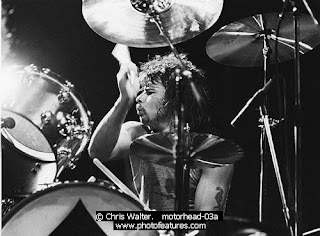 Phil "Philthy Animal" Taylor played the drums loud, hard and fast. He was part of the stone heavy power trio, Motorhead, along with "Fast" Eddie Clarke and Ian Kilmister (Lemmy to his friends and neighbours). For teenage metal heads like myself, these guys provided the best soundtrack for disturbing the peace in the early 80s. No pitch correction software was required nor would it have been welcomed as Mr. Taylor and his mates drove VU meters into the red, recording many classic slabs of straight ahead rock.

The sad news of his passing at age 61, along with a short career retrospective was issued today by the BBC

If you remember the band fondly, check out Phil in his natural habitat causing ear bleeding destruction circa 1980. 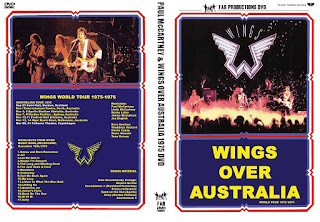 The mid 70s version of Wings lights up the southern hemisphere. Paul and his cohorts had been written off in the early part of this decade as a lost cause, though he raises a giant middle finger to the doubters here.

As a percursor to the "Wings Over America" tour, this was part of the warm up to a concert event that lit up North American venues in 1976.

Posted by Sean Coleman at 10:55 PM No comments: Links to this post 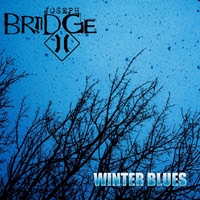 Perfectly capturing the claustrophobic atmosphere that slowly envelops all and sundry as winter stakes its claim, this is yet another powerful song from the pen of Joseph Bridge. The icy grip of this season impacts people in different ways, though endurance sometimes masks a suffering that is not readily apparent to all. This is the mark of fine art, evoking emotional responses that are completely different, depending upon your perspective. Feed your soul as you would a blazing fire on a cold night. Listeners will find a light in the midst of the coming storm when they confront the winter blues.

Great tune, with an amazing turnaround, available to you now, right here
Posted by Sean Coleman at 3:15 AM No comments: Links to this post