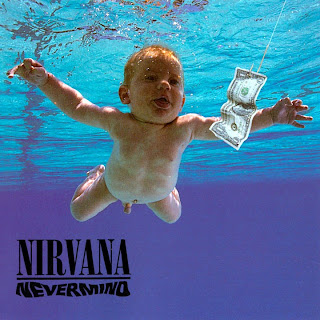 Late September of 1991 brought a great musical sea change. Little known at that time to mainstream listeners, Nirvana had only recently replaced their drummer and were hard at work playing live. Winning over small audiences that were soon to balloon to stadium sized crowds, the band often took off on spectacular flights on stage. Now, they were on the cusp of releasing a game changing second album. Kurt Cobain was about to be put on a pedestal that he both worked toward and despised once his Converse clad feet were anchored upon it.

It's no secret that Cobain's songwriting model, musically, fused the best attributes of Black Sabbath and the Beatles. His lyrics permeated the collective cerebellums of thousands of young music fans, particularly because of the bitter wit that colored his subject matter. This would generally be taken out of context by many who poured through his words, emphasizing the darkness of some lines and missing the tongue in cheek factor that lay behind many of Cobain's themes. Whether he was celebrating/ mocking the apathetic nature of "Gen X'ers", taking potshots at the rednecks who had once bullied him and his friends or just spitting out a violent stream of bile for the hell of it, the "meaning" was purely subjective. Only he could tell you what it all amounted to and that ship sailed with his death in 1994.

This record joined that special list of other classic discs that have a perfect "Side One".

What dictated this immaculate running order?

Tough to think of a more consistently brilliant sequence of songs on a contemporary rock release. That it was hit upon in random fashion is mind-blowing. The revolution would be televised once the video for the stunning "Smells Like Teen Spirit" hit MTV.

Upon first hearing the tune in late fall of 1991, goosebumps happened instantly and I felt an incredible rush of joy to which words could never do justice. I wasn't tapped in to the grunge movement nor had I laid ears on Nirvana before this. It just felt good to hear something real that carried the same weight as all of the best music from generations past. This one belonged to me, though the ride would be short-lived.

Preoccupied with labels, bands that emerged from the Seattle scene had their sound simply labeled as grunge. Flannel shirts, torn jeans and a general don’t-give-a–shit-about-appearance attitude is what the media zoned in on. For the groups themselves, the hype was laughable, especially when the “grunge uniform” was marketed as aggressively to kids as sugary cereal was during Saturday morning cartoons.

Proper evaluation of this movement in music quickly reveals the real reason why it captured the public imagination in such a big way.

Anyone who feared for the impoverishment of popular music had compelling reasons for their disposition in the early nineties. “Artists” from all corners had hits with an offensive assortment of digitized assaults on the ears. Drums were programmed and then jacked up to obscene levels in the mix, synthesized farts were substituted for melody lines and the process of “sampling” (aka stealing) the music of others to be dropped in over the beat of a “new song” started to rear its misshapen head.

Bad hair metal, shitty, overproduced pop, turgid, boring dance music. Enough! Something new had to emancipate listeners from the bloated crap that was clogging the charts.

The last time that this had happened, punk had landed with megaton force in the middle of late 70s disco and bloated, soft rock. Revolutions do not occur without provocation. Cobain was an ardent fan of hardcore punk, though the other side of his musical coin was steeped in melodic music and classic rock. It isn’t by accident that the giant riff for Teen Spirit comes via Boston’s “More Than a Feeling” or that “Come As You Are” is a very close cousin in feel to Sabbath’s “Killing Yourself to Live”.

In addition to sharp arrangements, a killer rhythm section and hooks galore was the projection of a unique, gritty voice. Cobain sounded as if he was singing for his life on the heavy tracks and then, turning on a dime, “Polly” and “Something In the Way” are delivered in a deliberately melodic fashion, complete with a second harmony vocal. Had his life script been allowed a few more pages, it’s a safe bet that this is the type of writing/performing style he would have transitioned toward.

Does Nevermind still hold up in 2011?

The indelible image of Grohl, sticks raised high, about to pummel his kit, the giant Novoselic laying down a heavy groove on his low-slung Gibson Thunderbird and Cobain in flight toward a messy collision with the drums is a just quick snapshot of the excitement that the trio generated on stage. This was not a matter of style over substance, though, as there was great depth to the material. Compared to Bleach, Nevermind was practically flawless in execution and devastating in its overall cultural impact. Strip away all of the hype that surrounded the genre and the ensuing media circus that traveled a half step behind the “Kurt ‘n’ Courtney Show” and the songs remain as powerful now as they did twenty years ago. The music was raw, sweaty and real with a subversive depravity tempered by a very thoughtful and sensitive soul. It’s no wonder that people were floored by the stunning coupling of angst and intellect that shot out of their speaker grills; every note demanding their full attention.

Last weekend, Krist Novoselic, Dave Grohl and producer Butch Vig gathered around the campfire to talk about Nevermind in a two hour interview that was hosted by Jon Stewart and broadcast on SiriusXM.

What does it mean to the guys now?

Grohl: "I think our lives are sort of defined by that one thing."

Before the talk ended, Novoselic noted one element that was missing from the celebration. 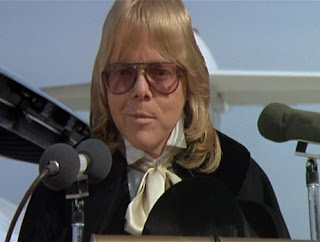 In many respects, the 1970s were very kind to Paul Williams. His image was unforgettable: vertically challenged with a shoulder length, blond shag framing a face that hid behind ever-present, tinted, aviator glasses.

Making Johnny Carson crack up, co-hosting The Mike Douglas Show, guesting on The Love Boat, singing “Rainbow Connection” with Kermit the Frog, picking up armloads of Grammys, cracking wise on The Hollywood Squares...Christ, he even had his own show at one point.

It wasn't all about starring in Smokey and the Bandit movies, though.

Williams had a rare gift for turning out hit songs. He scored an Oscar for "Evergreen" and five additional nominations (including one for The Muppet Movie's "Rainbow Connection") and co-wrote The Love Boat theme for the small screen. Add to this a string of pop hits like The Carpenters' "Rainy Days and Mondays", "We've Only Just Begun", and Three Dog Night's "Old Fashioned Love Song" to name only a few examples and you begin to envision a mountain of publishing royalties that could sustain a person through several comfortable lifetimes.

Then he just vanished.

Hard core drug and alcohol addiction was the lesser known side to Williams' wild ride through the seventies and eighties. Director Stephen Kessler, fascinated with the performer who was his childhood idol, had assumed that Williams had died. Turns out he was very much alive, 20 years sober after facing down his demons and very different from the slick TV stalwart whom Kessler had once adored. The director spent more than two years traveling with and filming Williams. The result? 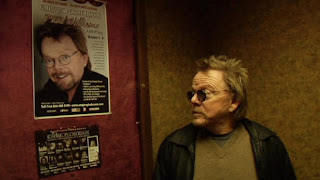 Williams turns 71 today and is very grateful that he's around to see this film. For others who had walked the same path, this would be a posthumous exploration of their career. The documentary has earned critical praise on initial screenings and will likely renew interest in Williams' work.

Here's a recent interview with the man himself.

Posted by Sean Coleman at 11:37 PM No comments: Links to this post 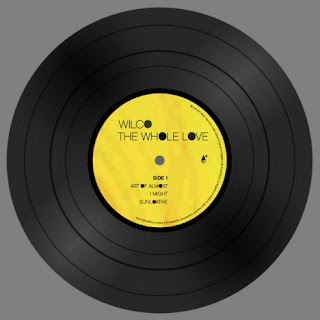 Wilco will officially release The Whole Love on September 27th. Listened to the free stream of the disc on Sept 4th. It's pretty stellar. Review coming soon.
Posted by Sean Coleman at 12:49 PM No comments: Links to this post