Great live music is always best enjoyed with good friends and adult beverages. Should you miss out on a concert event, it's always a bonus when you read a review of the show that was written by:

a) A person who actually likes the band/artist in question.

b) Someone who can convey the excitement of the gig and inject humor into the piece all at once.

Too often, when you open your local paper to see what the latest act that blew through town was all about, it is a huge disappointment. Usually, you get a few poorly scribbled lines from someone who didn't want to be there in the first place.

Red Curtis writes in a very descriptive, conversational style that is always entertaining and makes you feel like you are one of his buddies, beer in hand, watching a great rock show as it's happening.

We have seen quite a few concerts together and his summaries are always spot on.

Check out his blog, as it comes highly recommended and is an excellent read.
Posted by Sean Coleman at 6:37 PM No comments: 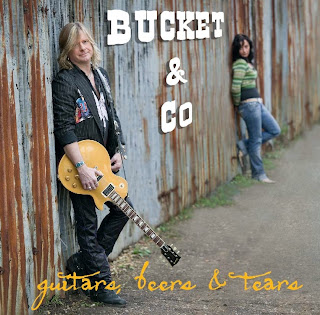 Following years of providing stellar fretwork for iconic groups such as Humble Pie and Bad Company, Dave "Bucket" Colwell has stepped out to showcase his talents as a world class writer/guitarist with a rock solid, debut solo disc. Colwell has enlisted quite a cast of heavy friends to contribute to his record, including IRON MAIDEN's Adrian Smith, Edwin McCain, Steve Conte from the NEW YORK DOLLS, THE QUIREBOYS' Spike, Danny Bowes from THUNDER, Bekka Bramlett and BAD COMPANY's Robert Hart.

For listeners who have bemoaned the lack of visceral, contemporary hard rock with a melodic edge, Bucket and Co. are coming to the rescue with Guitars, Beers and Tears.

This is a fantastic set.

Opening with a brief, swelling keyboard line that gives a nod to the salad days of Deep Purple and Uriah Heep, the title track wastes no time getting to business. Kicking in with salvos of scorched earth policy riffing, the tone is set perfectly. Guitars and beers often go hand in glove, though the only tears here will be those of joy as this marks the beginning of a banquet laden with fist-pumping anthems interspersed with very pleasant surprises.

Despite the presence of multiple lead vocalists, Colwell's vision of a big, unashamed rock record remains intact and not one iota of continuity or momentum is lost. His personality shines through in the writing and is never submerged at any point in the proceedings. Formidable skills in the guitar department allow him to light up each cut, with impeccable and tasteful playing being the rule rather than the exception.

Graciously, he chooses to shine the spotlight on his guests as much as possible. The presence of Adrian Smith is strongly felt, with a brilliant recasting of "Reach Out" (which was the flip side to Maiden's "Wasted Years" single). Smith acquits himself quite well in the role of lead vocalist, while the band burns behind him. Very much a highlight of the pack. Speaking of which, my personal favorite here is "Life" which is built on a strong hook, features great changes and is topped by a passionate vocal from Danny Bowes. Running a close second is "Hey Mr. Nobody" which is the lone tune that features Bucket himself singing lead. It's a pity that he didn't take the opportunity for more mic time as he turns in a great performance.

Harking back to a time when the music sold itself, without recourse to artificial spectacle, Bucket and Co. put craftsmanship ahead of all other consideration to great effect.

All of the components that make a successful end product are present on Guitars, Beers and Tears, with top class production being the icing on a very satisfying, layered cake. Listeners will feel compelled to give the volume a healthy nudge toward the sky (as I did) and revel in the pleasure of one spectacular rock record.

Let's now give credit where it's due:

If You Need Me (Colwell)
Guitar/Vocals - Steve Conte (NY Dolls)

Why Can’t It Be (Colwell)
Vocals - Seth Romano

SONGS FOR A TAILOR 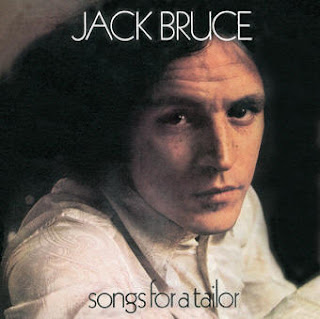 Another criminally overlooked platter from the archives of forgotten music. Jack Bruce dove headlong into the solo sweepstakes with an imaginative debut, which is a few summers ahead of its time.

Dedicated to a friend (clothing designer Jeannie Franklyn) who had been recently killed in a car accident, Songs For A Tailor displays a perfect balance of great writing, musicianship and production. Felix Pappalardi was at Bruce’s side as producer with Andy Johns behind the board. Dream team comes to mind when you connect the dots. You can have the best chefs and ingredients money can buy at your disposal, though without the right recipe the end product will not satisfy. Bruce brought top shelf material to the sessions, much of which fulfilled his aspiration to marry jazz motifs with rock arrangements.

Conspicuously absent is the style of heavy blues that he regularly indulged in with Cream.

Innovative, quirky yet still quite accessible, all nine selections mark a definitive break with “that other band” and certainly made it tough to mourn their passing. Enlisting a few heavy friends to help deliver the instrumental goods, the core lineup has Jon Hiseman on drums, Chris Spedding on guitar and Dick Hextall-Smith on sax. Hiseman and Hextall-Smith formed the core of Colosseum, who were a powerhouse group in their own right. Bruce himself handled bass, piano, organ and cello along with some guitar.

A few other special guests contributed as well.

“Never Tell Your Mother That She’s Out of Tune” must have shell-shocked listeners who first applied the needle to this LP back in '69. Pushed along with a driving rhythm and very prominent brass section, it is a startling opener, indicative of the fresh path that the artist was setting out on. “L’Angelo Mysterioso” (George Harrison) makes his second appearance on record alongside Bruce, though his guitar work is somewhat overshadowed by the horns in the final mix. According to session lore, Harrison showed up an hour early, ready to play live on the track if need be. Working under the pseudonym was a necessity because he was under contract with EMI and guest appearances that helped other artists sell records for competitors were not looked upon kindly.

For those who are only familiar with Mountain’s cover of “Theme For an Imaginary Western”, you get a chance to hear how Bruce handles it here. Both versions have much going for them, though I generally lean toward recordings performed by the original artist.

Three cuts that were conceived around the time that he was working with Cream on Disraeli Gears finally saw official release. (“Weird of Hermiston”, “ Boston Ball Game 1967” and “The Clearout”) Allegedly, their lack of commercial promise was seen as a barrier to issuing them on that record. They are all highlights of this eclectic masterpiece. Reportedly, he even dusted off a few musical ideas that he had composed while still in his early teens, weaving them into the fabric of this remarkable set.

My personal favorite is “Rope Ladder to the Moon”, which prefigures the acoustic, open tunings that Led Zeppelin would explore in depth on their third LP the following year. Longtime collaborator Pete Brown provides the lyrics, as he does for the majority of the album. Esoteric, at times unfathomable, though never boring, Brown’s poetic sensibilities were finely tuned and quite well matched to Bruce’s musical flights of fancy.

Uniformly excellent, this is easily his finest hour as a solo artist.
Posted by Sean Coleman at 10:08 PM 1 comment: 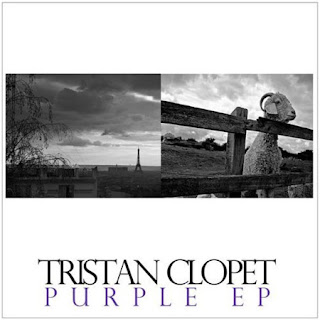 Adventurous and melodic with soul dripping out of every note only begins the list of superlatives that apply when describing the songcraft of Tristan Clopet. Creating music that appeals to a wide range of listeners is a tall order to fill, though the songs on this EP serve as testament to the fact that it can be done.

Clopet manages to effortlessly mix funk, dirt under the fingernails rock and pop, deftly tying it all together with arrangements that you would gladly step over a family member to call your own. "Proximity Bomb" and "Black Panther Party" get singled out for special merit, with razor sharp, spine snapping bass grooves and tasteful guitar fireworks.

Deploying a bag of tricks that musicians will appreciate, while maintaining the hooks that are sure to enthrall those who simply appreciate a great tune, here is one writer that has carefully considered every angle of his compositions. Clopet's not so secret weapon here is his voice, which is capable of a wide range of expression, adding great depth to everything he touches.

Dynamics? Just take a listen. Once you let these songs into your brain, they will take up residence there, urging you to go back to this disc for repeated spins. It's a pity that there are only six tracks as I definitely was left wanting more. Especially after getting caught up up in the multi-layered gem, "So Alive".

And you will, too

All of this begs the question of why there isn't more music of this caliber in the mainstream. You can proudly crank this in your 1970 GTO ragtop, burning across the blacktop at dusk on one of those summer nights that are rife with possibility.

If there is any sense of balance in the universe, you will be hearing much more about this talented individual. For now, please check out his site

Posted by Sean Coleman at 11:08 PM No comments: 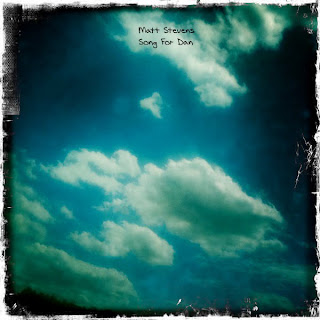 Framing a personal loss with words is an arduous task. Nothing that anyone can say can truly make the situation more palatable. Matt Stevens was recently dealt such a blow with the passing of his friend, filmmaker Dan Wilson. "Song for Dan" is Stevens' fulsome tribute to him via a meditative, instrumental, acoustic improvisation.

Stevens: "Its a 18 minute song for our friend Dan Wilson, who was a lovely,inspirational,kind man,a wonderful filmmaker,friend and musician and missed by us all. Dan was the bass player in a band I was in for many years."

Please watch his short films here and here
Posted by Sean Coleman at 11:33 AM 1 comment: