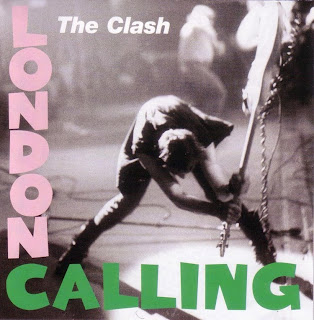 Paul Simonon putting his bass to death on the iconic cover along with the paranoia of the title track are more than worth the price of admission to the Clash's third set. Double albums are tricky as you really have to vary the pace to maintain interest throughout. No such issues arise with London Calling. Rock, rockabilly, pop, punk, soul, reggae and ska all figure in the mix, topped with clever lyrics that touch on many themes.

It has been forty years since they unleashed their masterpiece, yet it sounds contemporary. The main reason? In a matter of weeks, they hit these songs hard with a minimum amount of takes and retained an excitement that radiates from your speakers with genuine force. Three cover songs show up alongside the strongest material that Strummer and Jones had contributed to date. "The Guns of Brixton" is the lone track written by bassist Simonon. While Elvis didn't pen anything here, he showed up in spirit. 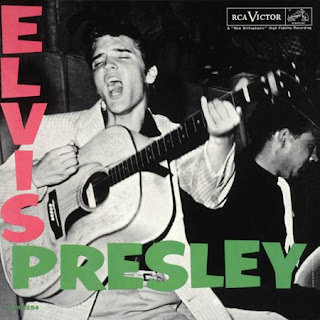 "London Calling" (the song) is a perfect opener. Building on an intense, staccato march, Strummer unleashes a kitchen sink litany of doomsday scenarios that include nuclear meltdown, depletion of wheat crops, the earth hurtling toward the sun and impending ice age. Referencing the the decline of sixties optimism that defined "Swinging London" (see we ain't got no swing") and snidely ripping the band that dominated said decade ("phony Beatlemania has bitten the dust") there is now only hard drug addiction ("while we were talking, I saw you nodding out") a grim economic picture with many on the dole and London sinking into the Thames. It is a gripping piece of music. Ending on a question mark with Morse code, the unfinished "I never felt so much a like, a like..." line is actually a truncated "I never felt more like singing the blues." No wonder, in light of such grim circumstance. They continue to dazzle with shaggy dog tales ("Jimmy Jazz", "The Card Cheat") touching commentary on finding your place in a crass commercial society ("Lost In the Supermarket") and socio-political concerns ("Spanish Bombs"). Out of everything, "The Right Profile" wins the prize for most bizarre lyrical subject matter. Documenting the car crash of actor Montgomery Clift that damaged his face and forced him to suspend work on Raintree County, the title comes from the actual direction to shoot his right profile as much as possible when he returned to finish the film. Hearing Strummer howl this one is a close encounter with extremely black humor. Despite a few interesting detours into other musical forms, rock is at the heart of the most potent cuts. "Clampdown" warns against getting caught up in a socio-economic trap, where you end up working within a structure that rewards you with...more work and very little to show for it. Donning the "blue and brown" traps you in a cycle of hard labor and debt.

The men in the factory are old and cunning
You don't owe nothing, so boy get running!
It's the best years of your life they want to steal!

The riff is supported by the dynamic percussion of Topper Headon, whose skill on the kit greatly benefits the quartet. It allowed them to pursue the eclectic styles that color these truly magical four sides of vinyl.

They put their collective foot down in the back nine, accelerating the pace with high energy tracks ("Death or Glory", "Koka Kola", "Four Horsemen" and "I'm Not Down") only to lay back slightly with another well chosen cover. Originally done by Danny Ray and the Revolutioneers, “Revolution Rock” is no call to arms but rather an invitation to let go and have a little fun. Their enthusiasm is infectious, with Strummer making jokey announcements over the strains of the Irish Horns through the outro.

The long fade seems like a fitting end to this wonderful trip.

You didn’t stand by me / No way

"Train in Vain" is a peppy, surprise closer (courtesy of Mick Jones) that is all pop, all day long. Complete with wheezy harmonica and a very basic structure, it finishes as one of their most accessible tunes. Radio loved it and the single version charted respectably at that time. It went unlisted on the first pressings of London Calling simply because it was added to the running order at the last minute.

No longer primarily identified as a "punk" band by this time, genre experiments and a move toward "rock" pushed them toward greater commercial success. The attitude remained the same, though their profile was raised considerably. Often name-checked one of the best sets of the 1980s, it can easily vie for the honor of one of the most exciting double albums ever issued. Better yet, it has not stale-dated, sounding extremely vital in 2019.
Posted by Sean Coleman at 10:21 PM